I’ve been caught up in plenty of drawing and implementing of the comic scenes. I managed to create several special effects for almost every scene. This is rewarding, but also extremely time-consuming.

Not being as strong a programmer as I am in drawing stuff, tasks that involve coding tend to take up a lot of my time. Thankfully, this is the week of the Lunar New Year and I have roughly 6 days to work on as many of the Countryside scenes as possible.

A lot of the scenes are meant to be simple when I draw it out in free-hand (hard copy), but when I draw it on my computer, I make things a lot more complex (or if I want to see it in a good way, more detailed). Making things more complex makes my own life harder, but I still do so sometimes when I want to achieve a particular effect.

Since I am taking a break from development now, I shall just walkthrough one of the scenes I did recently.

I usually start off with a hand-drawn scene. I don’t do it all the time, but I think it makes my end result look better, and I can even see the flow of the story before finalizing it in digital copies. Here’s a scene I drew free-hand on the left, and the digital version on the right: 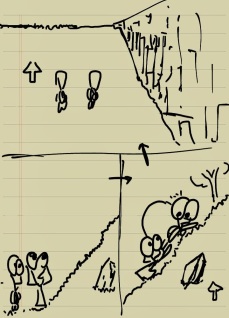 Few minutes, or even seconds                                       Few hours, or even days
I wanted to choose a scene that was changed dramatically from handdrawn to digital, but in this scene they look mostly identical without much added detail. Even so, I have the tendency to add parallax scrolling to the scene. It adds depth and looks more realistic. Take the bottom right picture (the one with the moon).
Instead of making my image flat, I do what most other platformer developers would do: make layers. 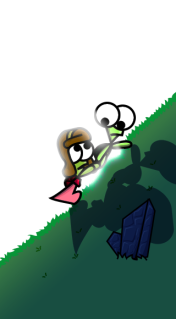 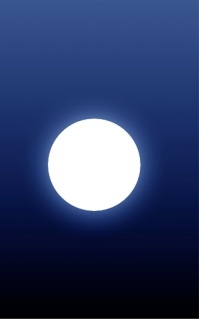 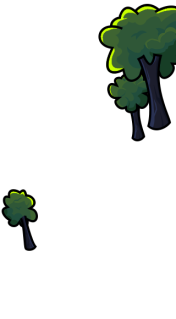 Sky as background                                Trees as “middle-ground”                      Characters as foreground
The three parts of the scene above when stacked together and set to scroll at different rates as the camera pans, provide for some really cool effects that I can play with, fueling my ideas to create some ambitious effects that often cost me more time than I actually plan to use. This is one thing that makes this stand out from my normal comics. Not only do they allow the possibility of animations, they allow for scrolling for enhanced realism.
Sadly, I am not skilled enough when it comes to creating the effects in Flixel itself and when multiple effects are stacked together, complications rise. I was trying to combine two scenes with camera panning together, and to do this, I needed to use two cameras. The main camera will navigate from scene to scene as per normal, whereas the scene I want to add special effects to (such as scroll or zoom), is attached to the secondary camera, so that if I zoom in or out on a specific scene, I do it on the secondary camera and the other scenes aren’t affected.
But well…even tasks like these can end up giving me problems. And recently, because I’ve been coming up with more and more special effects, my productivity is slowing down when I implement these scenes. e.g. What if I want to display a  scene with scrolling beside another scene that is zooming?! And when I spend more time programming, the lesser time I have to devote to drawing. Aww!
Final scene (Story35) 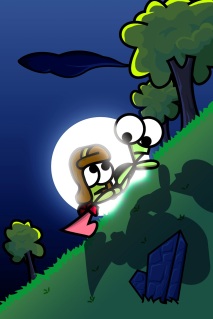 If you want to see how the scene looked like when it was in progress, there’s a picture below. I actually drew this in “daytime” mode because I draw a lot of the scenes in daytime mode, so I have to use the same colour scheme for the trees and grass before adjusting them to the appropriate “night” scenery.
Scene in progress 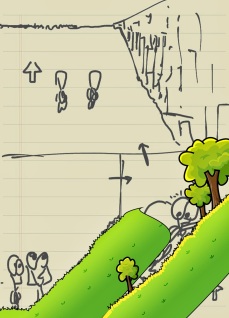 I have at least 40 scenes of this comic completed and best of all: IMPLEMENTED, which means they are already in the game itself, viewable with most of the effects for the scenes completed.

Currently in progress are:
Story 39
Story 42

I don’t always do the scenes in chronological order because I just start with whatever I am motivated to draw, but I still try my best to not jump too far ahead and skip too many scenes. Just to list down some of the effects I managed to do (YAY!):
– Camera panning from scene to scene + Individual scene scrolling
For a lot of the new scenes, I tend to put many of them together on a single page. But the game screen is only large enough to contain 1 or 2 scenes. So I pan my camera from scene to scene. Sometimes, I stop the camera at a specific scene to play an animation, or do its thing (scrolling up/down). This was the most difficult thing to do. I do this a lot with later scenes.

– Individual scenes’ zooming effects
Gives illusion that the camera is moving to, or further away from an object or character. I think this is the coolest effect so far. I use it sparingly because of its limited uses. Only two scenes utilize this so far.

There is one scene with cool stormy effects. When a lightning flashes, the scene illuminates and the side of trees/ characters facing the lightning will brighten. But it’s always the same side that brightens lulz.

– Scene illumination / lighting changes when sun rises or sets
A simple effect that looks great. Starting to use this more frequently. 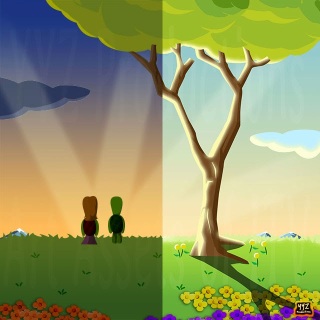 I completed this scene this noon complete with an awesome sunrise.

– Moving clouds
One of the first thing I did with early scenes, and probably still the only moving object in my later scenes other than the sun.

Once Story 50 is finished, I will take a break from comics. I’ve also started to add watermarks to any significant pictures I post here. I’m only doing this because these pictures are being used for a purpose, and I don’t want them taken by unknown people before this project is completed.

I’m fine with pictures that aren’t being used in this project though, but most of the things I put here are related to the project in one way or another.

Fun
I wanted to put this picture above as I was writing about programming, but I decided to leave this till the end anyway. Here’s a piece of code I wrote for fun. It’s called “HowMyBrainWorks.as” 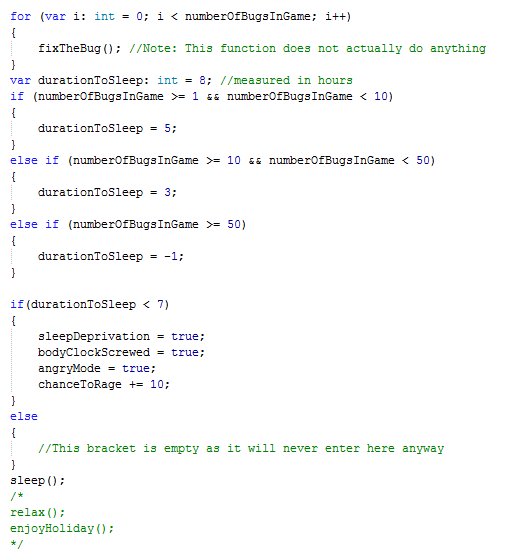 Failed to compile. Unknown function “sleep()” does not exist.
Advertisement 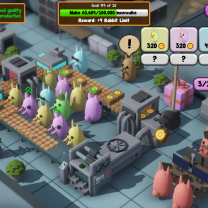 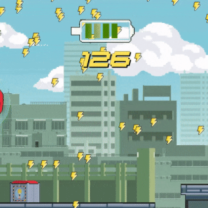 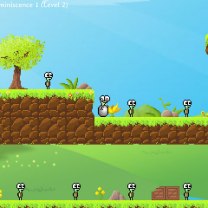 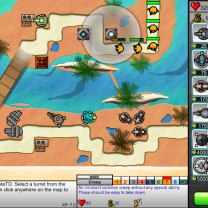